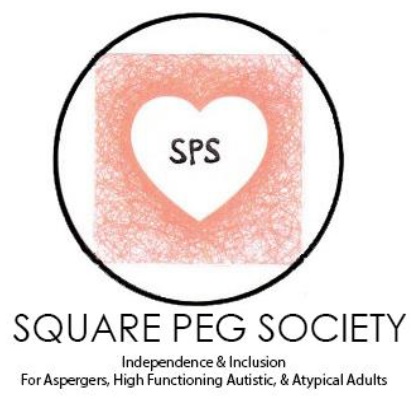 Bias in Disability- “How Others See You”

Dr. Grace Iarocci and Dr. Nikki Scheerer  presented to us their recent research on bias in disability. They are looking at how unconscious and first impressions fairly or unfairly, contribute to one’s assessment, and consequently, treatment of an individual. While this research is in very early stages, the intention is to direct their findings to improving autism awareness and understanding in the general population, and particularly in high schools. The hope is that this will decrease the difficulties that individuals with disabilities have with functioning and interacting with others, and enable us all to move toward a fully inclusive society.  We really appreciate their willingness to share their studies, even though findings are not yet conclusive.

The Structure of the Research Project

Seventy-seven high school students, aged 16-19, 50 female & 27 male, were asked to view 40 – 10 second video clips of various adolescents, with and without autism, being interviewed, ostensibly, as applicants to a reality TV show. The 77 participants also were of mixed ethnicities, and were screened for previous exposure to ASD individuals. These participants were divided into two groups; one group was given an approximately one hour educational presentation prior to seeing the 40 video clips, the other group was not. After seeing the videos, the participants were asked to rate the individuals in the videos in terms of various characteristics – attractiveness, intelligence, likability, trustworthiness, dominance/submissiveness. They also indicated their willingness to live near the individual, likelihood of hanging out with the individual in their free time, their level of comfort sitting next to the individual, and their likelihood of starting a conversation with the individual.

This research is in its early stages, and the findings need to be replicated, but seem to support the results of the research of Noah Sasson et al (2017). These, and other studies indicate that negative bias occurs even in very young individuals – it would be interesting to include in future studies, participants younger and older –a broader range than the high school students in this study. Perhaps high school students are extremely conscious about “fitting in”, and are therefore are hyper-sensitive to “differentness”, and are not receptive to friendships with people whom they perceive as being “different”. One of our parents present suggested that future studies include participants in the Faculty of Education at SFU, in order to test for bias in our future classroom teachers – a suggestion that Grace acknowledged could be possible.  Further consideration also needs to be given to the educational presentation and why it made so little difference in the ratings of the participants. Was it too dry and factual? Too long, too short? Not visually interesting? We were not shown this educational presentation at our meeting. Understanding if & how education can influence perceptional bias will be key to creating greater general acceptance of individuals with disabilities. Dr. Iarocci plans to work with Autistics United to develop a more sensitive educational presentation for future studies.

(Thin-slicing is a term used in psychology to refer to the human ability to find patterns in events based on very quick inferences about characteristics of an individual).

Where We Go From Here

We can help by helping to model and speak out that people with disabilities want a full and meaningful life, and to continually create opportunities for them to do so.

Dr. Iarocci is a psychology professor at Simon Fraser University (SFU), and the Director of the Autism & Developmental Disorders Lab at SFU. Work in the Lab focuses mainly on two streams of basic research: 1) understanding the development of selective attention in humans and the implications for object and social perception, and 2) understanding atypical development (e.g. autism spectrum disorder-ASD) where there are documented attentional/perceptual processing atypicalities that interfere with some aspects of perception yet facilitate others. Grace is also interested in social competence and the link to mental health and family well-being.

Tips to help you connect with individuals who have ASD.